Many home buyers are choosing ‘bare-shell’ flats, with just the outer walls and
column, so that they can choose the number of rooms and design the layout

Signature Island, Sunteck Realty’s premium housing project in Bandra
Kurla Complex, launched in 2008, demanding an average Rs. 35 crore per flat-
but for just the four walls in the apartment, no rooms built in, not even basic
fittings. The building however, boasted a swanky indoor swimming pool, well-
equipped gymnasium and other fancy offerings such as a coffee shop and
audio- visual rooms.

BEYOND THE ISLAND CITY
Siroya Developers plan to introduce bare-shell projects in other western
suburbs.

“People are moving away from mass-produced housing and now prefer
customized homes. Preferences have changed; people want to personalize
spaces. A bae-shell lets a customer design, create, and live in a space as per
their needs.” 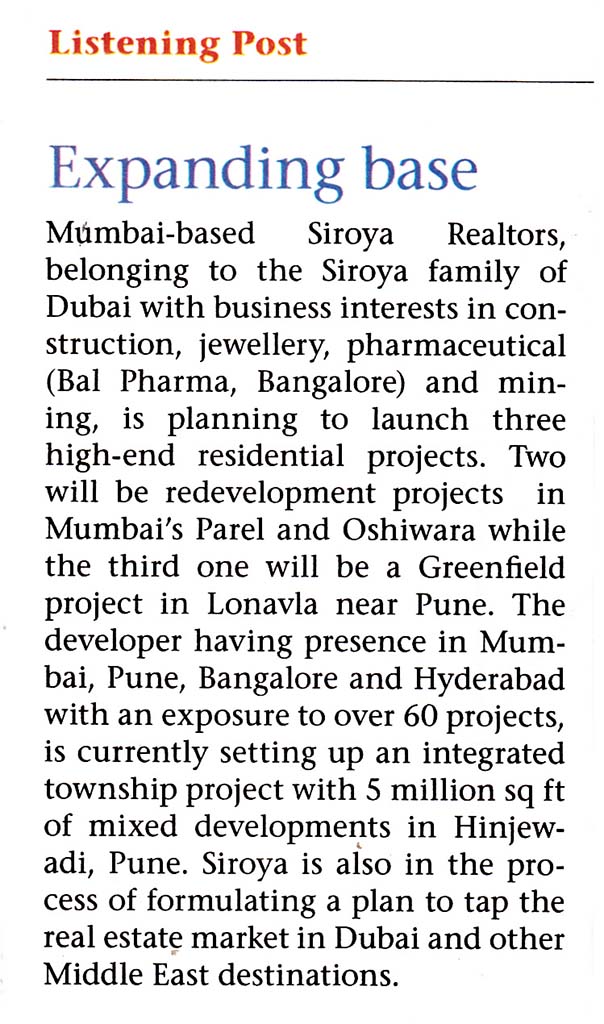 Mumbai – based Siroya Realtors, belonging to the Siroya Family of Dubai with...

To make flats more affordable, developers are offering projects withoutamenities like pools and...

The amenities and ambience of townships and high-rises come with amonthly maintenance bill...